Pissing Around with Pedestals

Returning to the depths, the stalwart group re-entered the room with the two dwarven statues in the hopes that the dagger they forged from the metal of the mug would work in the machine in the mugs place.  There was no such luck as the handle never fit properly. During this time Kalrick began scouring the nearby tapestries, seeing a dwarven likeness to those of the statues in celebration with a jeweled encrusted mug of great beauty.  Brushing the thought aside the entourage grew tired of the exercise of futility and decided to return to the portcullis that they had opened previously.

Upon arriving at the portcullis, they noticed that the tables jammed underneath seemed to be buckling under the pressure. Deciding not to press forward until they were sure the portcullis was secure the group began looking to a solution to this dynamic issue. Mudvane remembered using the cubes and tetrahedrons and again placed them within the sconce on the wall. Upon doing so, the portcullis was hoisted off the tables yet again creating a safe passage. 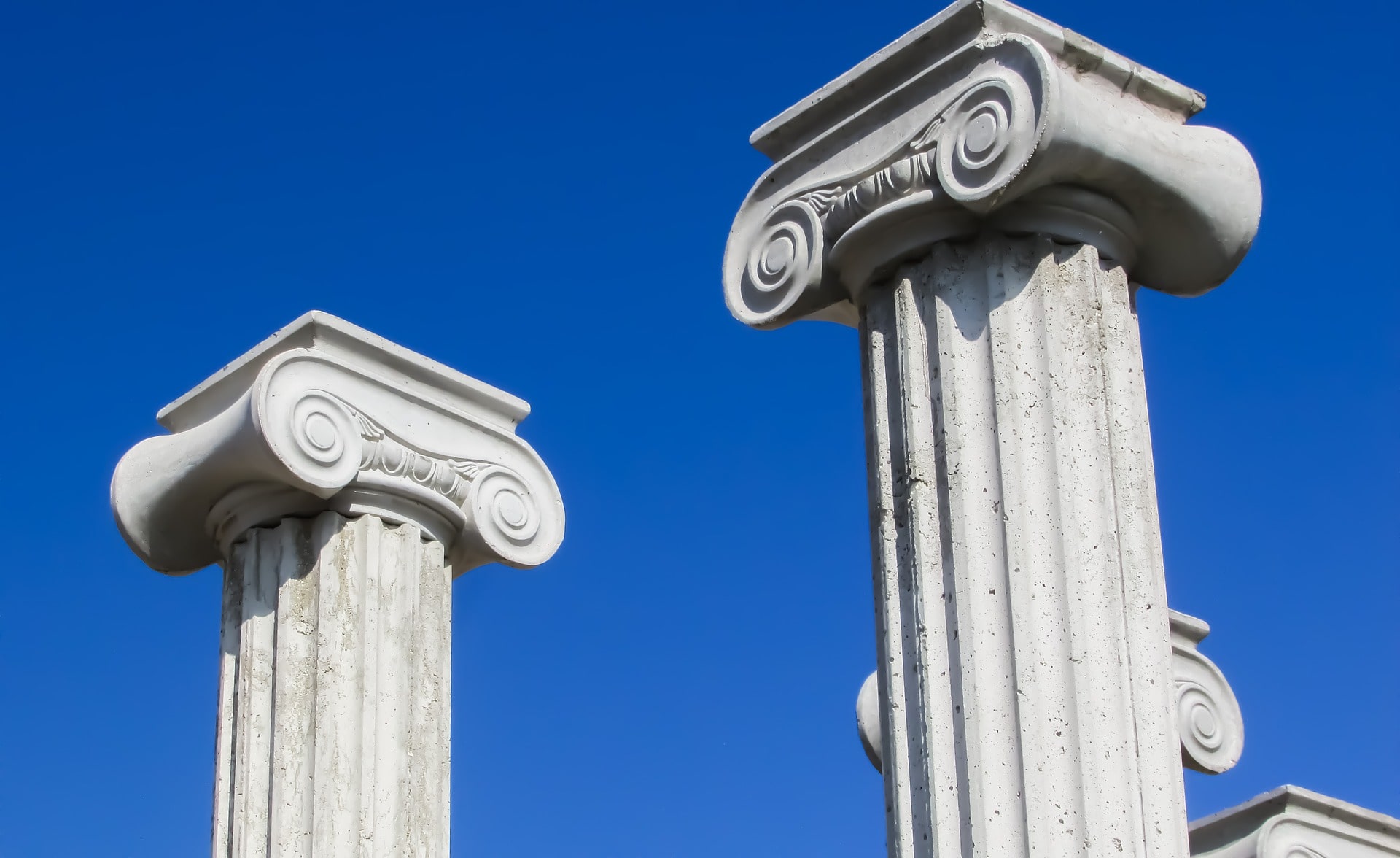 The hallway the portcullis was guarding led them to a small square room with three pedestals. The pedestals each having eight sides and a flattened square surface, sat in a triangular pattern within a round recessed portion of the floor.  The two front pedestals sat nearly a foot lower than the pedestal in the back and upon taking a look at the tall pedestal, Kalrick and Jessamine noticed an ancient dwarven script, saying “Those of likeness can be combined.” Zieller pushed with some force against the pillars and began to rotate the recessed floor with all three pedestals inside. Curiously the pedestals began shifting so the back one was shorter when it rotated to the front. After rotating it a number of times, the two wizards noticed the runes had changed when the single pedestal was to the front and shorter. It now read, “Your sacrifice shall be split in twain.” It was at this time the group also noticed what appeared to be a slot for a coin of sorts, and the finding of two stone slugs came to mind. Kelrick, yet again distracted by the murals, noticed one with the pedestals and a dwarven figure placing two of the same objects on each of the shorter pedestals and inserting a slug in the other pedestal. Pointing this out to the group they decided to give it a try. They placed one tetrahedron on each of the pedestals as well as a cube on each of the pedestals, then inserted a slug. After a moment the four shapes were absorbed into the pedestal and two new ones emerged on the surface of the third. The first of the two shapes had eight facets while the second had 12. Deciding not to waste the last slug until they knew what they needed, they returned to the portcullis which was now weighing down on the tables again.

As they reached the portcullis, in the back of Kelricks mind he swore he heard the sound of dripping water. Mudvane, the only one to believe the old fool in a youths body, began concentrating and honed into the sound himself. With this possible confirmation the rest of the group started to take his ramblings a little more seriously with everyone attempting to inspect the area. Jessamine, assuming a similar illusion to the one previously found, discovered a near identical obfuscation. Knowing the wall was a lie Mudvane acted upon her information and passed through the wall into another room with a glass water-vessel, this one being nearly half empty. The group, now wondering if the two were intrinsically linked sent a small group to look into the room above to see if the water from that room was coming into the one below.  Jessamine tested it first with a copper coin, but Helrick, deciding it wasn’t an effective method relieved himself in the drain. They would soon find out when they returned if the rooms were linked, thankfully for those below they were not.

After nearly an hour of opinion and conjecture about the purpose of the vessels and the water Kneezmat and Kelrick attempted to hang off the side. In doing so, the chains began to lengthen on the sides and Mudvane noticed the portcullis begin to rise slightly. Upon returning and finding out what the others knew, Helrick, Mudvane, and Kneezmat decided to weigh the vessel down with goblin bodies from the other room, then returned upstairs to do the same with the other vessel.  Having scoured this level entirely and finding no more traces of goblin, the only remaining course was to delve down the last stairwell.